My lovely wife Beth was a Women’s Studies major as a Harvard undergraduate. (Except that because Harvard has special words for things, they called it a “concentration” rather than a “major”, and because Beth is a woman, they sometimes — but only sometimes — called it “Radcliffe” instead of “Harvard.” But I digress…)

Beth, drawing on her education, has been known to point out that there’s a lot of romantic language in business. Acquisitions 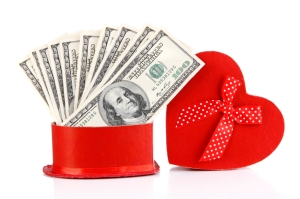 are referred to as “marriages” while companies that are looking to be acquired often “pretty themselves up.” The sales cycle is a “mating dance.” When the purchase order is issued the deal has been “consummated.” Companies that partner are “getting into bed together” and if it doesn’t work out there can be an “ugly breakup.” These metaphors may be the product of male-dominated boardrooms, but they are evocative — and generally accurate.

I’ve always been proud to be a one-woman man.  And, yet, here I find myself attracted to both the mysterious, alluring, fashionista and also to the friendly, easy-to-like, girl in blue jeans.  Can I date them both?

Of course, anyone that’s met Beth knows that answer — in real life — is a definite “yes.”  But, what about in business?

In the past couple of weeks, I’ve been working on two ideas.

Project Alpha is pragmatic.  It’s a web-site (and mobile app of course!) designed to provide a useful service to a group of small businesses and their customers.  The market niche in question is unfilled, but I believe large enough to be worth of pursuit. There’s no new technology that needs to be invented. Instead, it’s an implementation exercise, leveraging technology that already exists. The game plan is simple: build a free version of the service, grow the user base, and add monetizable premium services.  Assuming that the premium services are valuable, and that the cost of customer acquisition isn’t too high, this business should be profitable, scale to decent size, and have sufficient network effects to ensure stickiness.

Project Beta, on the other hand, is an idea for a substantial improvement in a technology that most of us use every day. If the vision becomes reality, the world will be a better place. While there’s no major technical break-through required for success, implementation is going to require a fair bit more cleverness. But, some large incumbents will be threatened and they could create substantials obstacles. And, whereas Alpha “just” requires enough capital to run the marketing machine hard enough to reach the small businesses that will benefit from the service, Beta has a riskier viral marketing approach. The improvement envisioned by Beta is one that, while important — and, probably, inevitable — may not be important enough soon enough to drive widespread adoption in the near term. Beta needs to achieve scale (100M+ users) quickly if it’s going to succeed.

There’s a lot to like about Alpha. It sounds like a pretty solid business (modulo all the usual start-up risks), and, for someone with a technical background and some business knowledge, very comfortable. Beta, on the other hand, might be great — but it might be a complete disaster. There won’t be any way to know for a while, and, even if things go well, there are bound to be some pretty rough patches. Alpha is the girl next door with the easy smile; Beta is the mysterious stranger in the designer dress.

I plan to spend Mondays and Wednesdays with Alpha.  Tuesdays and Thursdays I’ll devote myself to chasing Beta.  And, on Fridays, I’ll work on whichever seems more fun — maybe even a little bit of both.  I’m tackling Alpha bottom-up; Step 1 is a prototype in Rails.  Beta, on the other hand, I’m going to approach top-down; I’ve started drafting a business plan.

I have no illusion that I’m any more likely to be able to maintain a long-term relationship with both Alpha and Beta any more than I would have been able to juggle two girlfriends in my salad days.  If you want to live happily ever after, you have to commit yourself heart and soul to the one you really care about.  But you can learn quite a bit even from failed relationships; sometimes, you have to find out what works for you.   So, for now, I’m playing the field.  After all, if neither Alpha or Beta work out, there’s always Gamma, Delta, or Epsilon!

One thought on “Playing the Field”